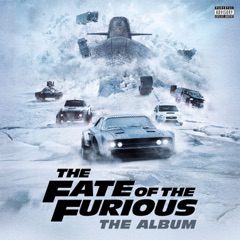 The Fate of the Furious: The Album

Rap and R&B elite push the companion album into overdrive

The Fast and the Furious franchise manages to outdo itself with each new movie. The same could be said for its companion albums, which go just as hard. Fate of the Furious, a.k.a. Furious 8, is heavy on trap, electronic, and R&B vibes. “Gang Up,” “Go Off,” and “Horses” are posse cuts featuring a who’s-who of 2017 rap elite: Young Thug, Lil Uzi Vert, Travis Scott, PnB Rock, Kodak Black, and many more. Turn this up in your PZEV, but remember to keep both hands on the wheel.

Don't Get Much Better

J Balvin & Pitbull
Pop
3:15
2017-04-14
© 2020 Chartoo. Available on Apple Music. Last Updated on 24/01/2021, 17:01:50. Apple, the Apple logo, Apple Music, iPad, iPhone, iPod, iPod touch, iTunes, iTunes Store, iTunes U, Mac, and OS X are trademarks of Apple Inc., registered in the U.S. and other countries. Apple Books, App Store, and Mac App Store are service marks of Apple Inc. IOS is a trademark or registered trademark of Cisco in the U.S. and other countries and is used under license. QR Code is a registered trademark of Denso Wave Incorporated. All other trademarks, logos, and copyrights are property of their respective owners.
DesktopTabletMobile
Improve this translation
Preview provided courtesy of iTunes
Preview provided courtesy of iTunes